This block contains code to navigation dead links This block will not be visible on the live site.

— By Jane Cohen and Bob Grossweiner

​Mark Green is the general manager of the 1,365-capacity, non-profit Bergen Performing Arts Center (formerly the John Harms Theater) in Englewood, N.J. He still retains ownership in his New York based booking agency, Celebrity Talent, and is a partner in its U.K. branch, Celebrity Talent UK.

After an internship at Sugarhill Records from 1979-1981, Mark began his music industry career at Hush Productions in 1984 where he worked in artist development, tour management and day-to-day activities with record labels. At Hush, Mark worked as Melba Moore’s, Najee, Melisa Morgan and Freddie Jackson’s tour manager and later became a roadie for Eddie Murphy (“Lawd Have Murphy Tour”). He left Hush after two years to join Associated Booking Corp. (ABC) as an agent. During his first year at ABC, Green was responsible for signing the DJ Jazzy Jeff & the Fresh Prince, Salt N' Pepa and Kid & Play.

Shortly after returning to Hush in 1987 and working with Freddie Jackson, Mark left to join CEMA Distribution as a field marketing rep. During that time he also pursued his dream of producing and writing and earned a #1 single by publishing "Remember The First Time" (Makingator Publishing, BMI) by artist Eric Gable. He went on to produce and write the rap song, "Midnight Hour,” for Spice MC on EMI.

In 2000, Mark started teaching a music course on touring, marketing, management and concert booking one day a week at Baruch College in New York, which he continues today, returned briefly to Associated Booking, and then opened his own booking agency, Celebrity Talent Agency. Some of his artists have included Guru, Maysa, Pastor Troy, Jimmy Sommers, Grandmaster Flash, Li Jon & The Eastside Boyz, among others.

In addition to owning his own booking agency, Mark also became general manager of the Bergen Performing Arts Center in New Jersey, which reopened in October 2004. Starting out as program director, Mark was elevated to GM six months later.

“A lot of my acts have left the agency since I decided to take on this job at The Bergen PAC and others continue to be non-exclusives,” he explains. “This has been an amazing experience to have started Celebrity Talent Agency Inc. and to watch it grow and expand to the UK. “Natasha Anderson, formerly with The Agency Group, and I got together and formed Celebrity Talent UK,” Mark explains. “There are two other agents that work with Natasha in the UK -- Linda Byrne and Alexander Lawrence. Some of the clients and tours we have worked with are Ice-T, Isaac Hayes, Timbaland, Guru, Grandmaster Flash, Skitz & MCD, Mad Professor, Bailey and Ben E King. As of now, Natasha in the UK and Shelia Wade and Kim Stuart in New York are running Celebrity Talent. As for me, my focus right now is my new career as general manager at the Bergen PAC.”

Mark received his BA in Mass Communication and BM in Music Education at Virginia State University.

Mark Green has been inducted in the Hip Hop Museum as an early influcncer in the Rap Game.

Why did you leave Associated Booking?
The first time I left ABC (1985) was because of the money and the direction. When I started working at ABC, I had just came off the Fresh Fest tour, which was the first organized rap tour featuring the Fat Boys and then later on Run-D.M.C. I was into rap, and I stared booking rap artists I knew. My first act was Jazzy Jeff and The Fresh Prince.

Later on ABC wanted me to concentrate on their artists and to leave the rap stuff alone. I decided it was time to leave, and I went back on the road as a road manager. I returned in 2000. Jodi Wenig asked me to come back after I delivered Chaka Khan to him. I realized that things hadn’t changed in 20 years, and I started bringing in acts that wanted to sign with me. However, they were not familiar with the current artists. It later became a conflict, and they ended up terminating me.

Why did you decide to open your own booking agency?
Out of default. I was home without a job when a promoter called me trying to book Morris Day, Keith Sweat, Freddie Jackson and the Gap Band. I sold him three out of the four, and my career began there. I stared with one phone and a desk. I used all the people I had met on the road as a road manager and things started to happen.

At the time I started booking, hip-hop was not as mainstream as it is now with the majors. After the Jay-Z and DMX tour became successful, all of the major agencies started going after the hip-hop artist. At that time I had people like Lil Jon, Pastor Troy and Grandmaster Flash. Then there were people like Alicia Keys and Tank, who I was booking before they got big.

There has always been an underground club circuit. A lot of the black promoters were not able to book talent from the major agencies. Either the agencies would not sell to them because they did not have a track record, or because they did not want to take chances with new promoters. Some black promoters felt better dealing with smaller agencies, and some felt intimidated by the bigger. Either way it gave me an opportunity to start my agency.

How has your marketing and promotions background helped you as an agent?
It's a great asset. It gives you an edge to sell to the promoters. Coming from a record company background, you use all the key selling points like radio and retail promotions. You have a better understanding of radio and how it works in each market. Therefore you know that this music is going to take off here, but it’s not going to work there. But most importantly after traveling to 16 countries and 43 states, you kind of know the market.

First industry job
I started as an intern for Sugarhill Records. After working with Grandmaster Flash, Sugarhill Gang and Angie Stone, I got a job at Hush Productions as road manager for Melba Moore and later became a roadie for Eddie Murphy.

Career highlights
There are so many, but these are my current: founding Celebrity Talent Agency Inc., resurrecting Grandmaster Flash’s career and joining Bergen PAC.

Career disappointment
Not staying focused as a producer and songwriter.

Best business decision
Starting my own business, Celebrity Talent Agency Inc., and taking on the duties as general manager for the Bergen PAC.

Best advice you received
You get what you negotiate not what you deserve.

Best advice to offer
Do what you love and love what you do!

Most memorable industry experience
Driving down the street and hearing a record I wrote and produced on the radio. The record was “Midnight Hour,” a rap record by Spice MC on EMI Records in 1989 and published #1 R&B song, “Remember the First Time,” by Eric Gable in 1990.

What friends would be surprised to learn about you
That I taught music at a performance arts high school, Rosa Parks Performing Arts High in Paterson, N.J., and I taught music business at Baruch College in New York. While I was teaching at the performing arts school, I had a student who was a singer. I heard her demo and got her a deal. The group was called “Divine.” They had one pop hit (“Lately”)and became the opening act for Britney Spears, around her first tour, 1996-7.

Industry pet peeves
Executives not returning phone calls; people who do not keep their word.

If I wasn't doing this, I would be…
…producing music or teaching music business.

Accept No Substitutes – The Original Master Gee - By JayQuan - October 2005
Aight family , this one is 25 or so years in the making. Despite what many of my peers , and Hip Hop heroes think or say , the Sugarhill Gang is official. For those of us who were not in NYC in the 70’s , and not able to hear and see the Furious 5 , Cold Crush Brothers and other founding fathers ; SHG is the template.

It’s an honor Gee, I have wanted to ask these questions for more than 20 years! What year did you hear Hip Hop music , and who did you hear?

It was probably ’77, and if you wanna call it Hip Hop music ; it was a guy at a party spinning some records , and sayin’ some rhymes. I got the idea from hearing that particular guy. I had heard through the grapevine about rap , but im from Jersey & N.Y and Jersey were divided by the water. If you weren’t really in the know you didn’t get to New York a lot , but everything came across the bridge anyway. I had heard about Flash at the Apollo and D.J. Hollywood , but I didn’t get the chance to experience it , 'cus I wasn’t allowed to make that kind of trek. The person that I heard was a high school friend of mine, who had heard it and brought it over to Jersey to our neighborhood. His name was Mark Green , and he runs a booking agency  called celebrity booking in Hackensack.

What year did you start , and tell me about some Jersey crews. Because there is a misconception that I wanna clear up with this interview , and that is that you guys didn’t rap before Mrs Rob. discovered you.

What happened was, Mark was the only guy that I knew of doing this. I had a friend named Randy Riley and he & I got the idea to make extra money by putting together a D.J. group. I got that  idea the weekend after hearing Mark. I had good knowledge of words and I said that’s easy , I can do that !! It was easy for me to write my first rhyme , and I never looked at it as a talent for writing. It was like putting a poem to music to me. We were doin’ our D.J. thing not too long after hearing Mark, and our first party was in Patterson. My first experience at rapping in front of a live audience was at that party. I played “Dance To The Drummers Beat”, and I had a lil table mic because my Dad was into recording and he recorded Jazz music , so he brought me some equipment to perpetuate this interest that I had in D.J.ing.

No , I knew of him ‘cus I was always checking out my competition , so I went to Sound On Sound parties. I remember this place called Dales Dance studio in Hackensack on Main St. They rented it out and threw big parties. Me & Randy used to go there a lot. Randy eventually dropped out of the group , and I got a new partner named Jerry Cokley , who was also from Hackensack. Me & Wonder Mike knew of each other, but we weren’t friends yet. We were all rappin’ , spinnin’ records , scratchin’ – all of it. I would spend hours in my friends attic puttin’ my stuff together.

So you were scratchin’ records in Jersey before 1979?
Yes , this was before rap was on record. I was just doin’ what I had heard from Mark and what I heard about Flash cuttin’ records. I was scratchin and rappin at the same time. I would spin a record like “Drummers Beat” because the break was so long , and I could rap at the same time. I would rap for a few bars , then spin , and then rap again….. 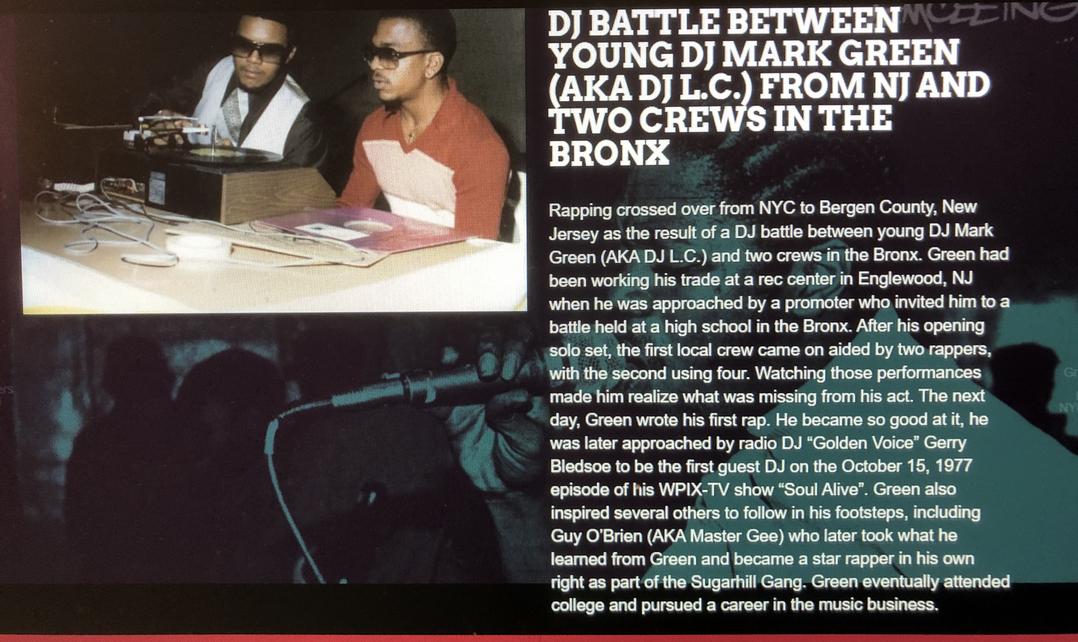 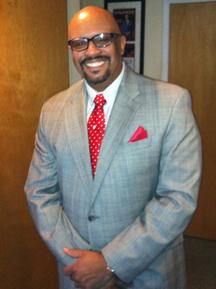